The 80s grid is a truly ubiquitous element, a powerful visual cliche symbol of the whole decade. Looking at retro 80s graphics, advertisements, videogames and film, it is striking how the laser grid is found over and over again.

In order to celebrate the most radical design element of the 80s, we have created this complete Retro Grids Kit, where you can find a comprehensive set of grids in the many variations it has taken over the decades.

While working with grids so much, we got curious about where the retro futuristic aesthetic comes from. From Kubrick to Vaporwave, this is the history of the symbol of the 80s in graphic design.

A central vanishing point, dark background, a grid of thin lines in primary colours; optionally, the sun setting behind mountains. The look of the laser grid follows a precise set of rules and principles while appearing in many variations. It creates a futuristic atmosphere, a space of possibility for the technological future people imagined forty years ago.

The 80s was a time of political tension and Cold War, paired with mass consumption and optimism for technology and a computer-driven society. This is what the 80s light grid incorporates, creating a futuristic space of possibility, and describing a future that never was.

The 60s is a time when computers start appearing in people’s everyday life. At the airport, at the train station, they become more visible and many start developing an imaginary about their role in society. This how NASA Mission Control looks like in 1965 during Gemini 5 mission. 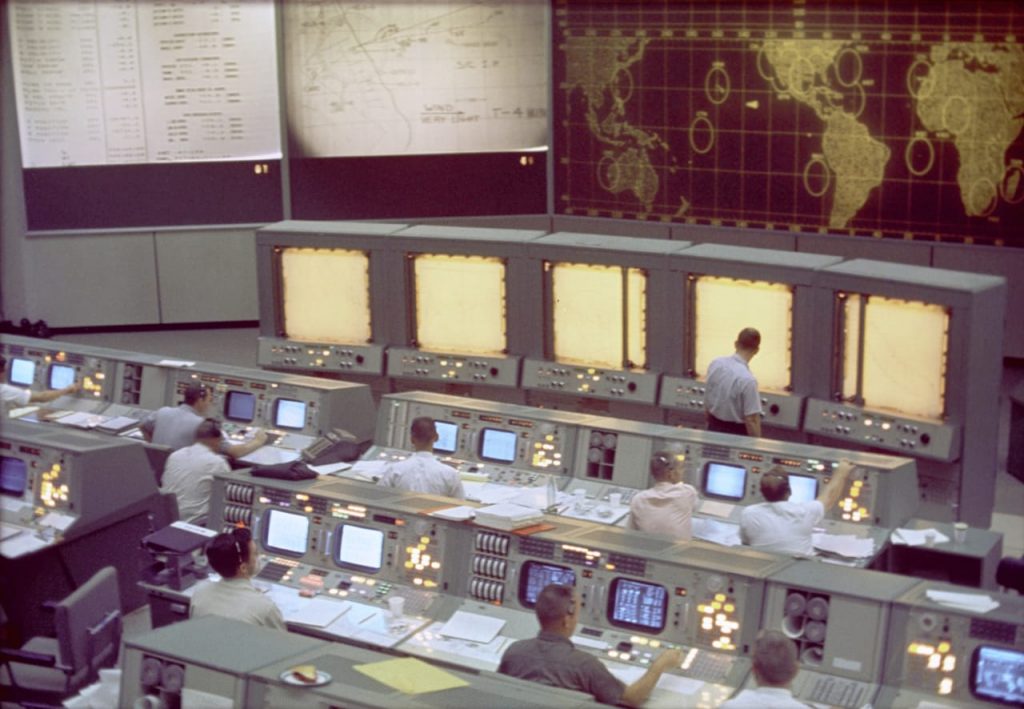 This is when this specific aesthetic enters everybody’s imagination. At this time, computers use vector graphics and the typical interface would show green characters on a dark background. Technology, innovation and possibility find their representation on these dark screens, and from the beginning, green-coloured grids are there too.

This is also when artwork with light grids starts appearing in advertisements, graphic design and film, a subtle detail more than anything.

However, there are some notable examples, like Kubrick’s 2001: A Space Odyssey in 1968 where the laser grid has a very important role to play and hints at what will be later sci-fi aesthetics. The spaceship controls, with (again) dark screens and light green graphics, will define the aesthetics of many spaceships control panels to come; wireframe graphics will become a signature for futurist control screens for at least two decades. 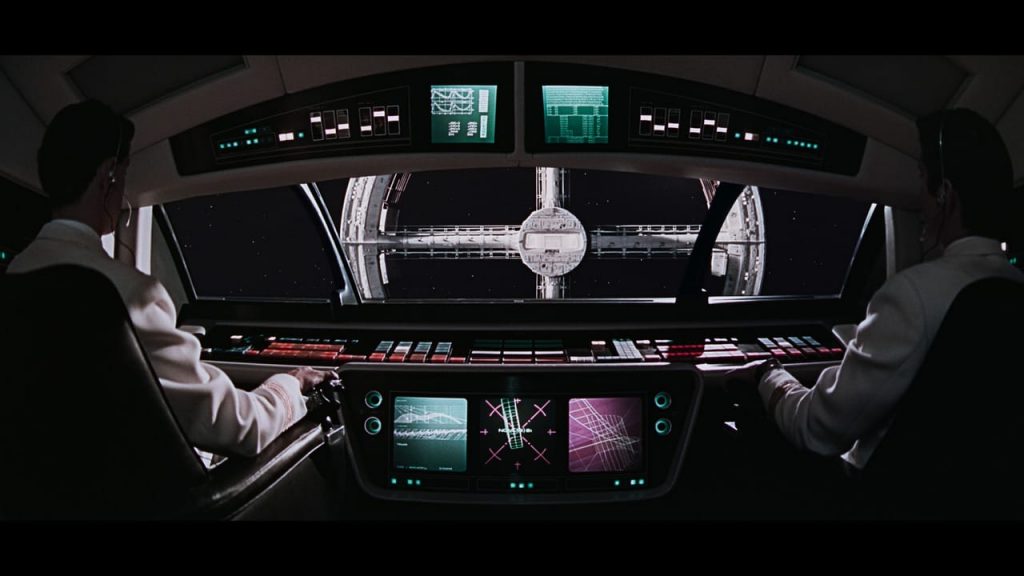 On top of that, in 2001 the spaceship itself is a glorification of the light grid, the futuristic look of the whole film is built around it. Here it is in full display in Bowman’s room and in the evocative ship corridor. 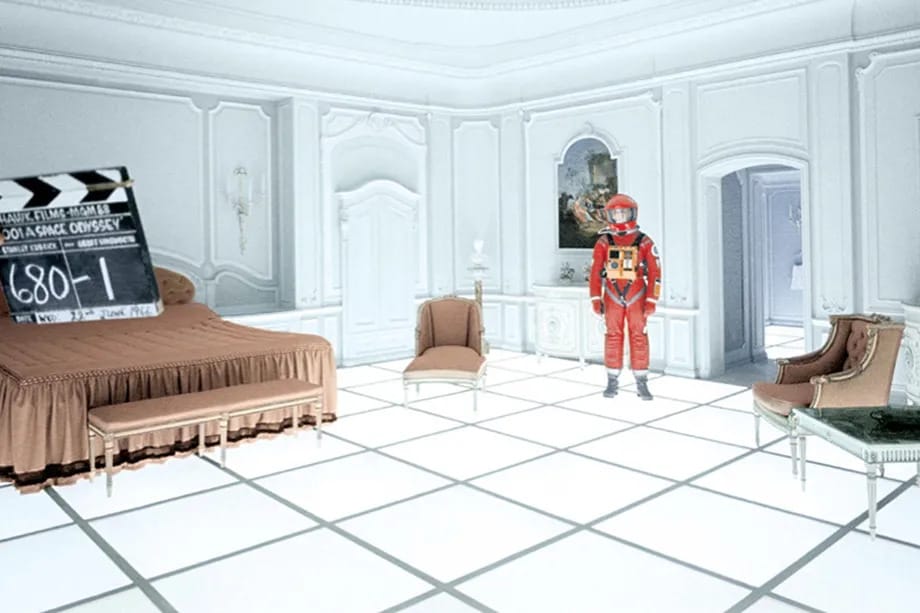 On top of that, in 2001 the spaceship itself is a glorification of the light grid, the futuristic look of the whole film is built around it. Here it is in full display in Bowman’s room and in the evocative ship corridor.

Starships and Lasers - The Grid in the 70s

Wireframe graphics will continue through the Seventies, a period which sees the laser grid appearing more and more often in films and video games. One more notable example is Star Wars in 1979, by (then) young unknown director George Lucas.

Released at the end of the decade, the film incorporates all the sci-fi components of its predecessors, including of course wireframe graphics for command panels (notably the targeting computer of T-65 X-Wing Fighter). Even more interesting is the (back then) complex rendering of the Death Star during the rebellion meeting to plan its destruction. By the end of the 70s, the laser grid starts to be widely recognised among sci-fi fans.

Star Wars is also responsible for creating the archetype of the laser gun, another element that contributed to creating the visual strength of the 80s grid. The lightsaber is a Star Wars fundamental, while there will be laser pistols in dozens of sci-fi movies through the following decades.

The Neon Grid in 80s Cinema

At this point, the laser grid has been around for almost 20 years, since the beginning of computer culture and imaginings of a futuristic technological world in the 60s.

However, the 80s is when the grid becomes so widespread in graphic design, cinema and video games, that it becomes one of the visual symbols of the decade.

The 80s have finally started, it’s 1982 and Disney releases Tron, a film with all the ingredients of sci-fi and retro futurism. All symbols of the 80s are present: big computers, artificial intelligence, and optimism for a high-tech future. A notable predecessor is The Black Hole in 1979, however, Tron combines all the best features of the genre.

In Tron, the good feelings are countered by fear towards the power of computers and technology, which are embodied by MCP, the Master Computer Program. Pioneering 3D graphics, the film develops in a computer-generated dimension, a world constructed on the iconic 80s retro futurist grid.

One more connection with the grid and computer-generated graphics can be found in many arcade videogames of the time, especially from Atari. The universe of Battlezone! is very different, yet it evokes a similar space. Battlezone shows iconic graphics, the elements of the grid are all there. Wireframe mountains in the background, a black background and light green linear graphics with tridimensional polygons along the way.

What is even more interesting is the development of cyberpunk, a development in 80s culture that develops In films like Ridley Scott’s Blade Runner. A gloomier reality starts to emerge.

No surprise, the laser grid is there too. The design element defines the sci-fi visual approach in such a way that it is still present in the 2017 second chapter of the saga, Blade Runner 2049 (yes, with the same excellent Ryan Gosling of Drive).

Cyberpunk describes a dystopian reality in which democracy disappears along with nature, while corruption, instability and inequality dominate the world. This nihilistic approach is a commentary on the 80s political situation and carries a bleak vision of the future. 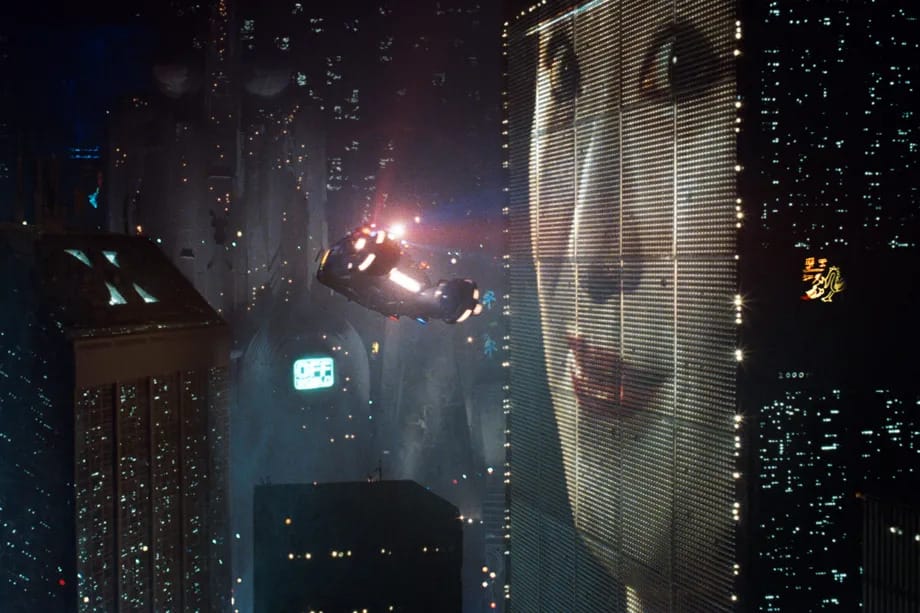 Looking at graphic design and cinema typical of Cyberpunk, a sense of gritty and decay is everywhere. While the iconic 80s grid is always around, it is used quite differently and results in darker visuals. Nature is completely deleted from the picture, while overcrowded cities are filled with criminals and futuristic vehicles like supercars and spaceships.

Cinema and video games are the strongest vehicles for the neon grid to assert its importance in 80s design. On top of that, the decade delivers many more inputs worth attention, in music, advertising and print. Synthwave is a music genre highly influenced by video game sounds, cartoons, sci-fi movies, and soundtracks. The enthusiasm for artificial sounds and computer-generated assets is present again, the genre is a celebration of the 80s approach to a new reality dominated by computers. Thirty years later, vaporwave appears as a new internet subculture. Like Synthwave, Vaporwave was born as an obscure musical genre, and as a micro-subculture that finds its roots in 80s culture. All the elements of the 80s are there: nostalgia for a future that never was, a subtle mockery of mass consumerism, and the pervasiveness of technology.

Differently from Cyberpunk, Vaporwave grids use purple, pink and blue. Windows 94 logos, floppy disks, Hellenic statues, pixelated pop-ups, palm trees and Japanese writings complete the vaporwave visual universe. Iconic elements of 80 culture, like the grid, are mixed with contemporary symbols of consumption in an ironic critique of our ultra-consumerist society.

Radical Design and the Grid

We have traced back the history of this pervasive graphic element that defines a whole era. From the 60s to obscure internet-based currents, for 40 years the laser grid has found its role in radical designs.

As innocuous as it might seem, the classic neon grid incorporates so much about the political climate of the 80s. The decade was dominated by Cold War and continuous tension due to atomic threats and political instability. At the same time, trust in a better technological future was growing and consumerism was booming, resulting in a culture of mindless mass consumption.

What artists and graphic designers produced at the time is the result of this climate of tension and contradictions. The 80s is a decade of electronic, futurist visual culture nostalgic for a future that never was.

In this article we enjoyed exploring the role of neon grids in graphic design over the past forty years. The grid is a powerful element of retro futuristic design, and it was found everywhere in 80s visual culture – advertising, packaging, print, television, cinema. And we have seen how this pervasive element is popular again in contemporary graphic design, used especially for retro wave, vapor and aesthetic artworks.

As obsessive fans of the 80s, the neon grid os one of the elements we love to work with. We use grids in different configurations and colours, to bring the mysterious futuristic atmospheres of the 80s to our projects. This is why we have created our Retro Grids Kit, a pack including a huge amount of laser grids in different colours and shapes. This pack includes 650+ files, meaning a huge amount of grids in different styles, fully editable and very easy to adapt to any kind of project, check it out! Get creative adding grids to your design, the quick and easy way! 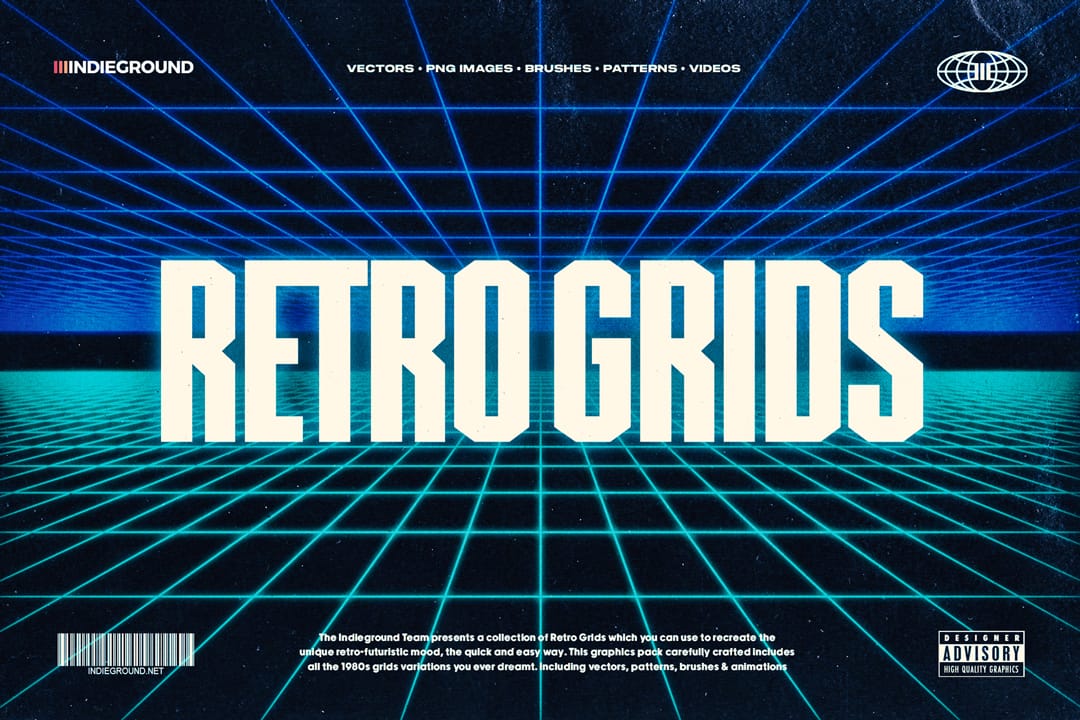 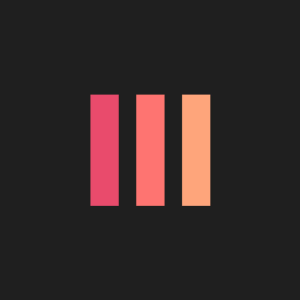 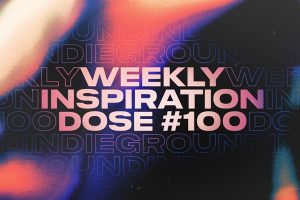 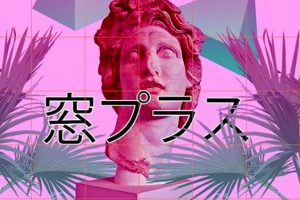 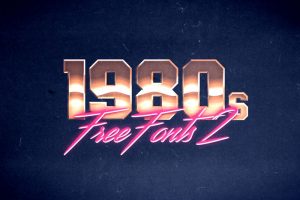 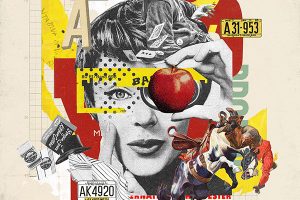 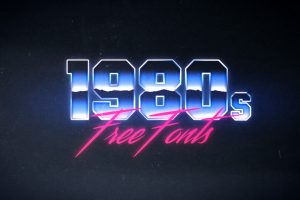 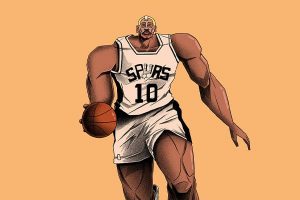 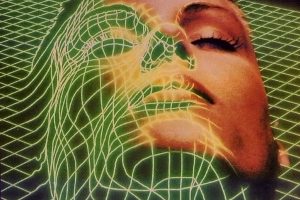 The 80s grid is a truly ubiquitous element, a powerful visual cliche symbol of the 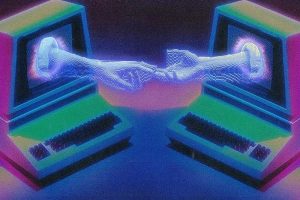 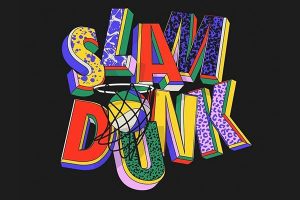 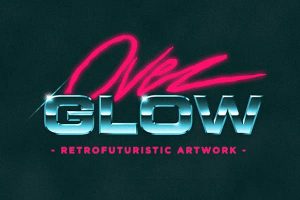 Back in March 2020 we interviewed Alessandro Strickner aka the Overglow, one of the artists 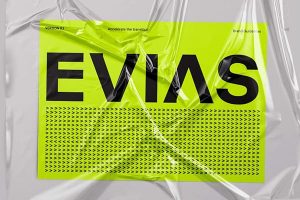